Harry and Son to start. 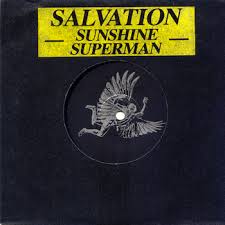 Sonshine Superman is indeed our salvation.
For this week anyway.
.
The JimmyG2 Column.
.
And Lo as Forcasteth on Ye Musings last week we Duly Moveth up into the Top Half of the Table.  As it says at the top, 'The blog that is not always wrong'.

Mason and Bentaleb were also out as announced in the headline and might for a bit longer yet. Dembele remains mysteriously absent.

Three clean sheets in a Premiership row; three wins in a week. Mr Pochettino you are really spoiling us. All we need is a hat-trick from Harry on Wednesday night to send the fans away deliriously happy.

Against Palace who were on a bit of a roll, another shallow youth was trusted by the Head Coach to do the business and Deli Alli (19) more or less did.

Then a gem of a find to paper over the goal scoring cracks all the way from S:Korea via the Bundesliga.  The future's bright: the Son has risen.

Expect a lot more of this Son nonsense (see headline) before the season is out. Walker only made one mistake and Hugo was magnifique.  Eriksen  replaced Chadli in good time and had an instant impact.

Things are decidedly looking up. They might come to a grinding halt later in the week but there is no reason not to look on the bright side. Even Erik Lamela is playing better and his persistence enabled  Eriksen to send Son away for his goal.

Nice one Son. I did warn you. Pre-match we over-estimated Palace who seemed to complacently believe in their own hype. They were compact in defence, that's the new 'park the bus'. Perhaps our youth and fitness enabled us once again to prevail latish in the game.

They hit the post twice before we wrapped it up and saw it out. Hangeland backed off for too long and Son was lucky with a shot which went under the keeper. Harry would pay good money for that sort of good fortune.

But I never felt that our back five were vulnerable and only Chadli was below par. It was the youngest starting eleven in the Prem this season and even if we are found out later this week we are developing something we can be proud of.

Question of the Day; (New Feature)
Will Harry be rested from the Prem while 'come on my Son' * is on form .Or will Mauricio think that might undermine his confidence even further. Or can he accommodate both.
*Give it a rest Jimmy (editor).

Thought for tomorrow against Arsenal.
Reminds me of the old sex therapy joke. Two miserable and one happy man in the session.
Therapist to the first miserable man: ' How often do you engage in sexual intercourse? About 15  times a year' he replies.
Same question to the second miserable man who replies ' 20 times a year'
Same question to the grinning happy man who replies 'Once a year'.
Puzzled, the therapist asks why he is so happy under the circumstances.
Happy man replies: 'Because tonight's the night'

Good News. (I think)
Revised plans have been submitted for the New Stadium. 'We're on our way to Wembley.'

I said many years ago that I wanted to watch a game at the New White Hart Lane before I set off for the Great Stadium in the Sky. At the current rate of progress it's gonna be a damn close run thing.

Jimmy's Video Spot:
Who else? Good defending from Dier and Lamela tackling back. Lamela quickly rolls it out to Eriksen who sends Son on his way with one touch. 9 seconds from start to finish. 3 goals in a week you bet the crowd have really taken to him.
Sonsational. Enough already Jimmy.

I liked Sunday's bright performance and team set up very much. It looks like some bits are falling into place. So much so that I am confident of beating the pop guns tonight. Lots of good performances on Sunday and the last two home league games have certainly cheered me up.

So much so that I am confident of beating the pop guns tonight.