Meanwhile: Everything but the points. 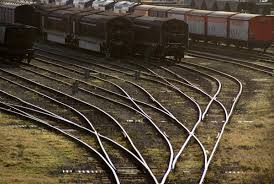 There's a few here awaiting collection
at Sunderland marshalling yards.
.
The JimmyG2 Column.
.
Plenty of nourishing food for the positivity diet this week against Everton.  Everything but the points but a general improvement all round in individual performances.

Nobody played badly and we sustained our efforts for most of the game. Everton were very ordinary and Lloris, apart from a good save from Cleverly after a Walkeresqe error by, er, Walker, had little to do.

Vertonghen and Elderweireld are looking more like a solid unit and there is a rumour going round that Jan dribbled through the entire Everton team and shaved the bar with a well struck shot.

Dier had his best game in midfield though he needs to be a little more careful with the 'destroyer' tag. Dembele had a more positive performance until he fouled himself  and had to be subbed..

Bentaleb looked more like his old self and Mason might have had a couple. His through ball to Harry from deep in his own half was worth the entrance money. Rose made a lively welcome return in place of the insipid Davies.

So the somewhat leaden sourdough loaf we have been accustomed to under Pochettino was spiced up by the return of Rose, the re-emergence of Jan and the encouraging performance of Dier and the all round livelier display.

If Mason's pass was the icing on the cake,the cherry on the top should have been Harry's winning goal but at least we looked as if we might qualify for the Great British Bake-Off next time around.

Now I am firmly in the play well and the points will come school. The team needs to stick to the recipe and like Harry the goals will come. Mason supplied the pass that Harry dreams of but he hesitated and enabled Howard to make the save.

He should have scored and so should Chadli and Mason. How we didn't win 2 or three nil only the footballing gods will know. But we are making chances and playing more positively.

Everton's best man was their keeper Tim Howard which tells its own story.

The cake never quite rose at Utd;  it collapsed when the oven was opened against Stoke; looked promising at Leicester but proved undercooked; finally against Everton the ingredients gelled but something was missing. Ah yes the points.

Transfer Window.
Regular viewers will know that we can't be bothered with ITK and rumour and prefer to wait until the window is closed before we stick our heads out. (How does that work Jimmy?)


Apart from those featured on the blog ( Heung-Min from Bayer Leverkusen  and Clinton from Lyon) nobody else is coming in. So Harry continues all on his own up front and Dier likewise as midfield destroyer.

Neither has Premiership experience but our Chairman knows what he's doing surely.

Recent signing from America young Yedlin has gone on loan to Sunderland but his work is done. The games in the USA are over and no doubt shirts were sold.

We did the same for the trip to S.Africa a few years ago signing Bongani Khumalo who was released 4yrs later without ever playing a game.

Let's hope our two new boys haven't been signed just for their shirt selling potential. But the Club knows what it is doing, doesn't it?

Importantly Lloris is still with us but on the other hand so are Adebayor and Lamela.

Courtesy of SamR on Spurs Community. Thanks.
As he says ' Some clearout'.

Jimmy's Video Spot.
10 minutes of another (Yet another? No perhaps not) confirmed signing, Heung-Min Son. At £22  million the most expensive Asian player ever.

Like N'jie looks quick and calm in front of goal, two footed and economical with passes and very economical with headers. Another newcomer to the Premiership  but our scouting team know what they are doing, don't they?

Nice work Son. Gives me some hope that Harry will get some support. :-)

I was buoyed by the performance vs Everton. I am very excited about Son. I reckon Dier can more than cope with the central midfielder role, but I was hoping for one lead the line striker to give Harry a rest now and again, as he will have to have one. It'll be interesting to see how Poch organises the frontline when Harry has to have a rest or heaven forbid ...

Good luck to Lennon at Everton. Over 300 games and many great memories. Give Pace a Chance.

Still a good idea at Spurs.

Been away but back now.Anything happen?

KennyJ.
Its the hope that kills you.

IKnowAlanGilzean
Yes Lennon's departure was very ungrateful.
'Give pace a chance' What a wag you are.