Pochettino gets his reward. 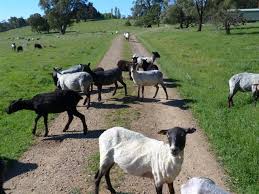 Shaun the sheep.
It would appear so from this side at least.
.
The JimmyG2 Column.

The biggest of elephant traps, lavishly baited with banana skins and laced with the droolings of TV pundits lay in wait for Spurs on Monday night, and we almost fell in.

When Carragher and Neville rate us, like us, and want to have Mauricios babies then it's tin hat and body armour time in my book. Especially just before the first game of a hectic and possibly crucial week.

In the end it was almost the architypical Tottenham game. The New Spurs rising Phoenix like from the bones and ashes of the old Spurs. But the same DNA still  flows.

Early goal; two up at half time. That's the New Spurs. But then as history shows 2-0 up is a dangerous situation for us.. We relax and drop deeper; get slack; they get a goal courtesy of a misplaced pass and a deflection and its 'Game On'.

That's the Old Spurs. Then Lamela keeping his head when all about him others are losing theirs earns back a little of his record fee. Some harrying and nice footwork and he sets up Harry for the goal that not only takes the wind out of their sails but overturns the boat.

Harry without thinking whacks the ball into the top corner from the edge of the area and we maintain our unbeaten run and press our noses hard against the Champions' League Gift shop window and start compiling our Xmas wish list.

70 minutes of dominance with yet another goal for Dembele; a calm finish by Deli Alli; good work by Dier; a Mr.Sensible performance from Kyle Walker; hard centres only in our Belgian Centre Back selection, and ten minutes of mayhem.

Lloris tried to summon up a bit of trade for himself by some careless distribution but at least he chose a good game to do it in. The goal which deflected off Vertonghen is not down to him.

Whats not to like? Spurs fans should be conditioned for this contingency now whatever Mr.G. Neville, who I respect as the best of the current pundits, says.

What Mr.J. Callagher thinks is out of his very short volume 'The Beautiful Game on Merseyside'. Namely that Clarke should have brought Moussa down before he reached the penalty area and scored. He didn't though he tried, and he did.

Well at least you practised what you preach Jamie. So have Spurs turned the proverbial corner before the return Europa game against Anderlecht. Not quite a must win but certainly a mustn't lose.

Where did they find an Arsenal supporting fixture computer. The group is finely balanced at the half-way stage and we need to play with more focus in the remaining ties.

The question of Spurs progress reminds me of the two Professors of Philosophy on the train to Oxford. One thoughtfully tapped his note-pad with his fountain pen which tells you how old this anecdote is.

'The sheep in that field have all been sheared' he remarks. The other after careful consideration replies, 'It would appear so from this side at least.' Clearly a  lifelong Spurs supporter.

If we won the Premiership and then the Champions' League we would surely celebrate but then ask' 'But can we do it every year?' The fans version of the managerial cliche 'We are taking it one game at a time'.

Whatever the outcome this season all credit to Mauricio. He has cleared the decks, battened down the hatches with Toby prompting Jan to greater effort and responsibility. Mostly though he has trusted youth.

Onomah(18) was the latest fledgling to be hatched and not at an easy moment in the Villa game. He like Alli looks the part. Harry is threatening once again to reward his Head Coach handsomely.

As are all of his young proteges. Their spirit and camaraderie shines out and the fans at last have something of their own to cherish and support.

We are scoring more and conceding less and it is decade and a half since our goal difference looked as healthy as it does after 11 games. It could be important in the final countdown.

So it would appear that we are making progress. Well it looks like it from here anyway.

Jimmy's Video spot.
All the goals and highlights as they say. Scott Sinclair a pain early on and Ayew and Gestede later. But the highlights flatter Villa who were out of it for most of the game. Eriksen and Lamela buzzing and Harry winning his cousin £5000 with his late strike to complete a six scorers accumulator for him. Rewards: they  just keep on coming.

The past few weeks have been amazing in terms of results (Arsenal and Anderlecht apart!), but the performances haven't matched the scores, to put it mildly. 5-1 against Bournemouth was courtesy of the worst goalkeeping performance in the PL since Fulop cheated us out of the CL in 2012; 4-1 against City was the result of the worst refereeing performance since Chris Foy's at Stoke robbed us in 2011, and wins against Villa and Sunderland were far from convincing. I can only conclude that Pochettino has done a deal with the devil, because we've had more lucky wins in his 18 months than in the previous 18 years - long may it continue (but I've still got my doubts!),

Cheshuntboy.
How Spursy to not only look a gift horse in the mouth but up his backside too. Believe friend, believe.

There's a lot to be said for being lucky, and I certainly think we were due some - the Mendes 'goal' and Chelsea's 2012 undeserved CL win were only two in a litany of misfortunes going back a century or more, and if Pochettino has genuinely changed the ethos of the club, as well as its on-field fortunes, even a miserable git like me can't complain. Belief isn't my strong point though - the proof of this particular pudding will be a successful season (a trophy and/or CL qualification), not just a repeat of last year, or any of the numerous 'nearly' seasons which have been our trademark for ten years now.