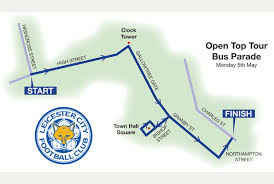 So now it begins in earnest. The decks are cleared; the hatches battened down, the main-brace is spliced; the crows-nest swept clean of feathers; the flags are unfurled:  'Tottenham expects.....'

The five point gap remains and with only 8 games to go first place seems beyond our grasp. But we have nothing to fear but fear itself and if you can't stand the heat get out of the kitchen.

Add your own motivational bullshit yourself at this point. My current appropriate one is: 'It's not about perfection:it's about growth'.

Or perhaps 'Just breathe'. I'll try to remember that when we're 1-0 down to Newcastle with 15 minutes to go and needing 3 points to win the league

Sorry, key players rested; the Europa ditched, not that we would have got much further anyway, eight games to go, 24 points and all to play for.

Nicely placed coming round Tattenham corner as the Derby  commentators used to say. The Winning Post is in sight and other rivals are slipping back or boxed in with Cup games and replays.

The question now is have we got the bottle? Does our young inexperienced squad have the nerve? Villa, poor at best, away, no home pressure, was an ideal fixture in many ways.

In the end we won it easily as all the statistics show. But we nearly blew it with some slack passing and the usual re-appearance of the opposition keeper playing out of his skin.

Deli Alli was  poor, his first touch horrendous and his general play dilatory. But his quick brain secured the first for Harry and he set up the second with a pass inside probably intended for Lamela but gratefully accepted by HK.

Watch the highlights and listen to the pundits and you would think that Alli played an absolute blinder. But Spurs fans who watched the game know different.

'All he's done today is set up two goals' as Billy Nick might have said. Harry Kane put in a good shift as usual, hit the bar early on and scored twice to go level with Jamie Vardy for the top Premiership scoring honours.

The doomed Villa still contrived the hit the woodwork twice, and the last ten minutes threatened to be much more exciting than this correspondent and his heart specialist would have liked.

Some good individual performances including Walker, Harry, Lamela, and Toby but despite one or two neat passages of play this was more about the ineptness of Villa than the sparkling football of Spurs.

Eriksen worked harder than he is given credit for and it was not Lamela's fault that his early incisive ball for Kane was not converted. But for the moment put entertaining football back in its box. It's all about results.

Now it's always been my view that over the long term playing good football nets more goals and points than playing poorly and winning. But over 8 games? My convictions begin to wilt.

With Ardiles and Hoddle expressing surprise at how well Mauricio has done in so short a time the fact remains as they say we've never had a better opportunity. The target has been set.

But as the team put out against Dortmund last week shows we need to focus on the Premiership whatever the Head Coach may have thought before W.Ham and Arsenal.

Ranieri is still desperately trying to take heat off his players and praying that they don't all wake up one morning next week and realise that they could win the league.

You ain't kidding anyone Claudio, get that open top bus ordered. Do it today. That should jinx them. Our helpful map of their last one should help.

It will be interesting to see how we strike the balance on Thursday in the second Europa leg between giving as many youngsters a go as possible and not getting absolutely thrashed. Mauricio will be cautious.

3-0 up Borrussia  might go easy. No I don't think so either. If we do play the fringers then I'd settle for a draw. The Europa used to be a key part of our season but we have our sights set on something higher.

'It is better to fail aiming high than to succeed aiming low. And we of Spurs have set our sights very high, so high in fact that even failure will have in it an echo of glory.' Mauricio will certainly have got that message.

Jimmy's Video Spot.
On the other hand it costs nothing to dream or to remember. I wonder if they've still got that bus. Danny could play and talk, probably at the same time.

I'm glad I'm not the only one to have thought Alli did not have a stellar game. He may well be playing through pain. I hope he is pulled out of the friendly internationals, just like Sralex used to do with Giggs. Maybe when Jan's back, he can go next to Dier in midfield and then Musa can go forward more. It might mean that Alli can be played for shorter periods and more effectively.

Yep. He´s going to be a key man and soon
but needs careful handling.
Not a Mousa fan, not enough end product to displace Deli at the business end.
In three years 8-108.
Deli has been with us a year and scored 7-28 and already has more assists. Like Alli foraging forward with less defensive reponsibility.

I'm totally stumped by this season - Man City apart, we've not done well against the big boys, we've dropped points in numerous draws, overall we're really no more convincing than we were under Redknapp, AVB or Sherwood, and yet we're second instead of fifth. Garth Crooks said months ago that Leicester's success was an indictment of the usual top four pretenders and - unusually - I have to agree with him - if Leicester can transform from relegation certs to title favourites in one year, doesn't that put Pochettino's supposed achievements at Spurs into perspective? If we can avoid the customary Pochettino late season fade, I just might revise my opinion of our coach, but the title is Ranieri's to lose, and it still looks like a lost opportunity to me - sorry!

Cheshuntboy.
I think we are further along our five year plan than I imagined we would be.
Helped no doubt as you say by the implosion/ explosion of Chelsea,Man.Utd. and Liverpool. and the falling away of Man.City and Arsenal but we are doing a lot of things right under Pochettino.
I think you are aglass half empty kind of guy.