Offers turned down this week. 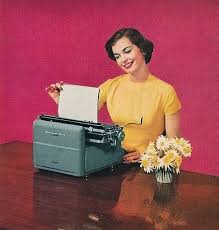 File that under 'Missed opportunities´  Miss Anstruther
and hand me that complimentary copy of 'Tactical Substitutions´ by A.Wenger
from the waste paper basket would you.
.

The JimmyG2 Column.
.
Oh dear, but at least we didn´t lose. Two tough derbies in a week and one point from six is not title winning form and Leicester seemingly going from strength to strength. So second or third place it is, hopefully.

I didn´t see the whole game, family Junior  football commitments. I followed it on my phone initially but watched the roller coaster second half when I got home.

And saw the highlights of course. From Deli Alli´s back heel, and Harry´s wonder goal which was  fit to win any game on the hour until the bitter end. 'Bitter end' what an apt phrase.

But at least we didn´t lose which but for Wimmer's fine tackle at the death on Ramsey we might we might well have done. Wenger went boldly for the win and was rewarded.

Fortune Favours the Brave they say. Pochettino's negative substitution of Lamela, who was on a´yellow, for Mason to protect our lead didn´t work out although on another day it might have done.

Lloris may be a God in some household´s but he was palpably human for Sanchez mishit equaliser. Would Vorm have saved it? Maybe. But we played into their hands by not continuing to press against ten men.

In an NLD even with ten men nobody is going to crawl into a corner and rock with their thumbs in their mouths. At 2-1 up we should have won it but as at West Ham some credit must be given to the opposition Manager.

All the stats demonstrate that we are on for Top Four finish but we have lost invaluable momentum and perhaps confidence and need to regroup and re-assess.

We have the distraction of the UEFA games against Borussia Dortmund amongst highly winnable games at Aston Villa and home to Bournemouth. But beware wounded prey fighting for it's life at the other end of the table.

Of course going through to the next round of UEFA could be just the inspiration we need but a second string might struggle and the search for inspiration could backfire.

A man once said that 'April is the cruelest month' but so far March has certainly rivalled it for it's impact on our season. We don't have a fixture on the 15th. the Ides Of March but we've two either side so Beware.

For what it's worth I think that Leicester will win the league with Man. City second. We should get third but need to dig deep and prioritise the Premiership. The UEFA is a long shot and key players need a rest.

The folly of not buying a genuine back up to Harry will almost certainly come back to bite us as wonder goal apart he has not played with enough swash or buckle lately. Son has been increasingly poor. N'Jie is still in the treatment room.

Alli, Harry, Dembele and Dier need some time off to lick heir wounds, figuratively speaking that is. Onomah, Winks and Carroll should slot in somewhere. Son and Chadli might start too.

A draw away would be fine achievement but I can't see it myself except  with a full strength team which would be folly.

Musings Meltdown. Not on my watch. We would have torn their hands, arms, legs and possibly their heads right off if offered our current position at the beginning of the season so let's not lose heart now.

But for missed opportunities we could be top but that's life, football and the Universe,  and there will many more twists on the road to the end of the season. Opportunity knocked but no one answered this week.

Thanks Jimmy, Yes, a big opportunity missed on Saturday. The NLD this past decade or so has usually been immense each time. We managed the game for the majority of the time, even 11 vs 11. Their goal was out of the blue to say the least just before HT. I thought we did well and should have won, with tread to spare, but could even have lost at the end. Those 10-15 mins around our goals were crazy, and that was just in my study where I was watching on a stream! We’re having a fine season with a team one can relate to and be proud of. Despite a bad week, we have still won 6 and drawn one of the last 8 league games to put us in strong contention, so it's hard to be too down.

I know we are all tired and the league is still possible, if unlikely given Leicester's relentless, but I'd like us to give it a lash with a strong side vs Dortumnd in the week.

IKnowAlanGilzean.
With a tiring,thinnish squad we may need to proiritise. Normslly I say go for everything but CL is where the excitement and money is especially when we are eyeing funds and stadium sponsorship.

Good point to counter the one from six statistic: six wins and a draw out of eight.
Don't panic: thats my job.

Yes, I see, understand and accept the arguments about the CL for football and financial reasons and the point about the new stadium funding and a tiring squad are well made. However, I would prefer to win the FA Cup or EL (even w/o it bringing CL qualification) over a CL place any season. But then I've always been accused of being naive and missing the bigger picture in life generally.

I think Dortmund are going to be very good, but far from unbeatable. We can rotate and still put out a very strong side. The elephant in the room remains Harry Kane as you note in your piece. He does need a rest and not having someone to replace him towards the end of games, let alone stand in as a starter is starting to have an impact imo. Also, we still isolate him too often, which means he has to do more chasing than is good for anyone, too often. At least we didn't lose to them and their rush to claim a moral victory shows how far we've come and what a bunch of no-mark, no nothing gits they are!!! Up the Spurs! No panic Capt Jimmy, we are still going to win the league.