If you can keep your Head (Coach) when all about you..... 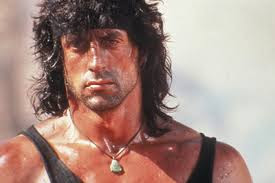 Top team in London  but not for much longer. But I said that with four games to go last season. Spurs Musings to Arsenal Dribblings doesn't quite have the same ring.

And so the mask slips. 'Don't go Jimmy, you won't like it' I hear you cry. And of course I won't though the football isn't bad, some of their supporters and players are almost bearable and they stick by their manager for years and years.
.
So what has prompted this pre-season momentary non-wobble? The signing of Victor Wanyama for a paltry 11 million which post Brexit makes him even cheaper.

If he's such a good signing why is he so cheap I wonder. But that's just me and if I appear churlish it's because I voted 'Remain'. He's a perfect fit for the team they claim as back-up or even competition for Eric Dier.

He's tough and strong but is he any good. Well if Mauricio wants him who am I to argue seems to be the Party line. A variation on the 'My Country Right or Wrong' cop out.

We might just as well give up commenting, blogging, discussing Spurs in pubs and on fan-sites if all that matters is the manager's decision. Mauricio has spoken; end of story.

But I didn't get where I am today by following the Party line. His disciplinary record was bad at Celtic and he got a five game ban just last season. 23 bookings in his three years at Southampton.

He should fit right in at the new tough Spurs. Proud and current holders of the Premiership most yellow cards in a game accolade. But at only nine yellows we've still got plenty to play for and Victor could just be the man.

As long as he and Eric don't start trying to outdo each other it should be fine. One difference is that Eric can pass and generally speaking Victor can't, or score or assist.

So you catch my drift by now. We seem to be going down the path of hard men with limited abilities which we pursued with Wilson Palacios and Sandro. Where are they now I ask you.

Are we still searching for the mythical Dave Mackay replacement. The difference is that like Dier Mackay could play. What happened to our longstanding tradition and reputation for classy players.

Players who can both tackle and pass would cost more but might well be worth the extra money. N'Golo Kante at Leicester perhaps or Morgan Schneiderlin who would a lot dearer but the manager likes him and he's taller.

The signing of Wanyama will certainly make the sweep-stake for first red card of the season more interesting.  Rose Walker, Lamela, Vertonghen, Alli and Dier are already in contention. Victor is currently the bookies' favourite.

So it's not my preferred route for team-building but he's a Spurs player now and I wish him and us well. But Mauricio was a hard man as his thirteen red cards testify and it would seem he is re-building Spurs in his own image.

This will appeal to those that have only been fans for a couple of decades: the 'it's only Tottenham' years; The soft-centred, lack of mental strength, Spurs will always let you down Tottenham years.

But with Dembele, Dier and Wanyama in contention in midfield  not much will get through and Hugo will have plenty of time to complete the L'Equipe crossword during games. I wondered what that pencil stuck behind his ear was for.

With England out of Europe twice in a week things are certainly hotting up. Spurs will undoubtedly get the blame for our exit as we had so many in the squad. A Spursy performance by England as it were.

Even Ex spur and ex England captain Gary Lineker uses the fateful words 'lacking in mental strength'
on the England performances. We should have copyrighted that phrase and made millions.

We won't get the blame for Brexit presumably. Although that was another a pretty disastrous performance to rival our last game of the season at Newcastle.

Perhaps Roy would have done better in the referendum debate and Dave might got us through to the quarter finals. No your right they're both hopeless.

So a new leader required for the Labour Party, the Tories and England all at the same time. Very educational, topical and amusing that Spurs Musings don't you think?

Corbyn to be re-elected; Southgate as the FA in house interim manager and May as the anyone but Boris choice are the Musings predictions. Bet responsibly but you read it here first.

Our boys boys did OK on the whole except for Harry who looked bemused and out of sorts. If you were the Premiership's leading scorer and found yourself taking the corners you would be too. Looks as if they all need a rest.

Roy absolutely cocked it up with the squad, the ridiculous changes and the lack of any plan whatsoever let alone a plan B. Hart, Milner and Rooney should get the axe but the Alli and Dier  double act should top the bill for years to come.

So next stop Australia to play Juventus and Athletico Madrid at the end of July. Good opponents but a long way to go for a couple of friendlies. Assuming they're not going by boat so they can get some rest on the plane.

I am a bit apprehensive about the new season with all our main rivals improving their squads mostly under new managers. I expect a rival/back-up for Harry any day. But I think I wrote that last year and probably the year before.

And as long as we can keep our Head Coach when, wherever you look, others are losing theirs then that gives us a Head (Coach) start.

Jimmy's Video Spot.
Continuing our policy of only featuring players who have actually signed there is not a lot of choice yet. I give you  our very own a Spurs legend in the making, hopefully, Victor Wanyama. I think that second goal was a misplaced pass. I'm joking, I'm joking.

Like Brexit I'm sure it will all work out fine in the end. Oh! And welcome to Tottenham.