A Tale of Two Harry's 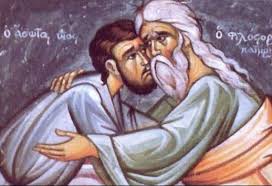 What no Fatted Calf Mauricio.
.
The JimmyG2 Column.
.
Being of a gloomy frame of mind after Thursday I thought I would wait until after the second game in our Premiership break and lump them both together under the heading 'Pochettino out' or something equally dramatic.

However a strong team gave a strong performance and earned a home tie against Millwall in the quarter-final of the FA Cup. Mauricio just couldn't let this one get away. Gent of course is retrievable with the same kind of attitude.

So many positives: the return of Vertonghen; the return of the real Harry Kane who did exactly what it says on the tin (Striker and leading goalscorer) He needed that hat-trick and so did we. Not in this particular game, one would have done.

But Harry was not to know that. Give that boy a centimeter and he takes a yard. Eriksen too came back to form and supplied Harry with a couple of chances from crosses which he took with good movement and touch.

The non prodigal Son was lively but largely ineffective as he often is lately. He's the Pinball Wizard. But the pinball rather than the Wizard. Dele and Eriksen found some good positions but failed to convert their chances.

The other  bonus was Harry Winks who was energetic and positive  again. He more than justified his start alongside Wanyama a pairing which 'Musings' has advocated for some time.

Against Gent Winks was one of the few players to merit any awards and the performance of the rest and Mauricio subject to severe criticism from every quarter.

Poor performance and attitude, substitutions too late again, predictable result in the circumstances. But post Gent and pre-Gent if you will, things picked up nicely. Both Vorm and Trippier showed their squad quality.

We were 3-0 up on 72 minutes. Janssen was on the bench and should have gone straight on, and probably Josh Onomah. Being ignored for whatever reason or given another five minute cameo is just a waste.

Sissoko was favoured with the first substitution and once again did nothing at all to justify it. Perhaps Mauricio is giving him enough rope to hang himself with.

Our only really hairy moments were self inflicted by Vertonghen's miscontrol and Vorm's excellent imitation of his mentor Hugo. Both came to nothing fortunately

Well that's if you count Wembley as home. It's more like our country weekend retreat and it has done us big city types no favours so far. It seems to intimidate us more than our Continental opposition.

So we won one and lost one, found some form and welcomed back old friends. What's not to like especially with the continuing emergence of Harry Winks,  another one of our own.

Comparisons to Modric are ridiculous and certainly premature but Modric was older by a couple of years when he came to us and is now one of the world's top midfielders. Even Eriksen has the edge currently.

But all the signs are there, for the other Harry and for Spurs. Whichever way you look at it we're on our way to Wembley at least in the short term.

Jimmy's Video Spot.
Harry Kane stars. Some nice movement and touch, his fifth Spurs hat-trick and his second this year.

This is very informative and unique post with new and awesome content dear. I really enjoy this style of yours with a video integrated. You put things very clearly, but the video is not working. Any other link??