Fancy That. Spurs Comings and Goings.. 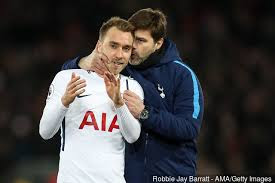 Listen very, very carefully and keep smiling.
Leave and you're a dead man.
.
The Jimmy G2 Column.
.
Just got back from holiday. I left Geoffrey in charge. Did much happen? Not according to his scrawled note stuck to the fridge with a Tottenham Cockerel magnet. 'Going down the Pub, nothing happening'.

Au contraire mon ami. We signed a couple; sold a couple; won a game; lost a game and Christian and Toby are still with us at the time of writing. Winks and Skipp started a game together in midfield and Mauricio is delighted with the way things are going.

If Mauricio is happy, generally speaking I'm happy but with the usual reservations and opt-outs obviously. He even apologised for the 'robustness' of our play against Utd. That's a first.

A dozen youngsters have appeared at various times and Harry scored a wonder-goal to beat Juventus. Erik Lamela and Lucas have also got on the scoresheet and Irish teenage sensation (it says here)Troy Parrott is Harry Kane's doppleganger.

Geoffrey says they look nothing like each other but I explained it was in a figurative sense not literally a 'look-alike'.

We copped for 320 million for an 8 year shirt deal with AIA which is about the current going rate. Not quite sure how Utd. made it into the International Champions' Cup though. Clearly running on 100% proof pure nostalgi.

Next up Real Madrid in the Audi Cup on Tuesday. They were thrashed  7-3 by Atleti where Diego Costa scored 4 and then got sent off. Real seem to be in a complete mess currently though they did at least manage to beat Arsenal.

Gareth Bale won't be returning to Spurs, any claim we had on him was removed in his last contract. But Levy offered him 200.000 a week and all the Lava Bread and Welsh Rarebit he (and his family) could eat.

He's going to somewhere in China on a rumoured 1 million a week. He had trouble learning Spanish so let's hope all his playmates and handlers speak English.

With no proper competitive football I am steadily being sucked into the Rumour Mill. Help!

The usual speculation is rife about possible unlikely signings; Paulo Dybala from Juventus for 80 million is one of the more extreme and some sobering speculation about Danny Rose going back to Leeds or forward to Juventus or PSG or Newcastle or Everton.

You can see why we don't bother. You couldn't make it up. But obviously someone does.

The Lo Celso saga and Sessengnon brothers pursuit continues. But why take luke-warm  analysis from me when you can get the real souped-up, red-bloodied Rumour News daily in the Sun.

I'm looking forward to the new season and will continue to relish our contiued progress especially of  our own. I can't see us doing worse than last year and we might even win something to shut the nay-sayers up.

Not that it will of course they will just move the goalposts and berate us about something else. Perhaps another Champions' League Final is a stretch.

Josh Onomah and Marcus Edwards seem to have reached the end of the line at Spurs and Kyle Walker Peters at 22 may have hit the buffers too though he is currently on tour and playing. He is our only available right back so may get a reprieve.

There is video available of Japhet Tanganga's pre-season performances. He captains our Youth team and has been with Spurs for 10 years. Only 20 and Hackney born he is attracting the attention of youth team followers.

Like Oliver Skipp he could be another of our own that Mauricio keeps close rather than sending them out on loan though it didn't do Harry Kane any harm.

Trippier and Janssen have definitely gone and Llorente's fate is uncertain as he may re-sign on lower terms. Good luck to all who leave.

Well Fancy that: New Feature.
Only those who live in the South East are lucky enough to be able to pick up a Tottenham Cake from Greggs. This is a light sponge tray bake with raspberry and coconut icing on top.

It's reportedly called a Tottenham Cake because it was first created in Tottenham in north London by a Quaker in the 1800s as a cheap treat for local children.

So that's 'All the News that's Fit to Print' as the New York Times says, for the moment. Catch you all later.

Stop Press: Paulo Dybala is not coming after all.

Jimmy's Video Spot.
Just for posterity you understand and so that I will always have it close by. It woz Kane wot won it. Several youngsters in shot and warm words about Troy, though by a fellow Irishman admittedly.

The Good news or the Bad News first? 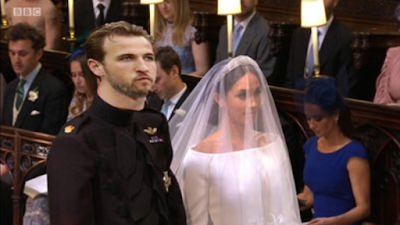 Writing an advert for a new Picture Editor
as we speak.
.
The JimmyG2 'Feelgood' Column.
.


Updates on Spurs news and stuff.

Well the Good news is that currently there's no Bad News. So I had better get this posted pronto in case Harry gets divorced and Christian leaves for Real Madrid.

Harry Kane got  married.
Lovely stuff. 'Harry Kane has married his childhood sweetheart Kate Goodland in a lavish ceremony. The England captain and Tottenham Hotspur striker shared the first images of the happy couple on social media after the pair exchanged vows at an exotic resort '

Moving on before we turn into 'Hello' .

Davison Sanchez
Played well for Columbia who beat Argentina and won their three group stage matches. Knocked out by Chile on penalties in the Quarter Final.

Juan Foyth
Part of the Argentina squad in the Copa America. Thinks basically that you learn by your mistakes. I'm saying nothing but wish him well this season  especially if Toby leaves.

Argentina got through to the Semi Final but were beaten by Brazil.

Serge Aurier .
Part of the Ivory Coast team with 40 caps and occasional captaincy. They beat Zambia 4-1 when he supplied an assist for the second goal but picked up a hamstring injury.

Victor Wanyama
Captained Kenya to a second win in the group stages of the African Cup of Nations but failed to make the knockout stages after mixed results.

Oliver Skipp.
Lovely piece in the OS. Fine young man another product of Welwyn Garden City. But he will be much more famous than Shredded Wheat. Trust me. Another 40 million saved.

The success of one of our own  is my constant dream, sometimes it's a delusion and occasionally a nightmare but I will continue to hope, despite the health warning, until it actually kills me.

He says nice things about his fellow Spurs: 'Looking back on an eventful 2018/19 campaign, the rising star explained how he’s grateful to our senior central midfielders for acting as mentors – fellow Academy graduate ‘Winksy’ in particular' ( From the OS) 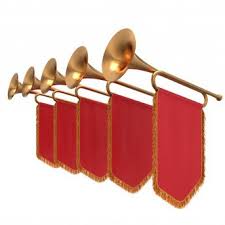 Signings.
Musings doesn't do transfer speculation and there's plenty of that, life's too short, but we do do signings.

Like buses you wait for two years and then two come along at once. Both signed sealed and delivered.

Jack Clarke.
A young'un, 18yr. old Jack Clarke (with an 'e') signed from Leeds and going back to Svengali Bielsa's Leeds to be kept warm until next season.

Very much tuned in to Spurs new status:

“Ever since I’ve been growing up, I’ve seen Tottenham playing in the Premier League, they’ve always been there or thereabouts, pushing, being a top side. It’s one of the biggest clubs in England, if not the world, and I’m just delighted to be a part of it.”


I think I could take to this boy.


Tanguy Ndombele.
Only 22 but highly rated rising French star.You Tube proven, a midfield beast that can pass, dribble and chew gum all at the same time. Liking him already.

Company for Moussa in midfield. Viva La France. Video next time. Dread to think what David Pleat will make of his name. (Tingly Nobody or even Tangy Dumbbell?)

Between times
Been watching the ICC World Cricket Fest to while away the hours until pre-season. Not a fan of the short over game but slow pitches and good bowling have turned the 'Bish Bash Bosh' scenario into a more interesting watch.

No more signings, leavings or divorces on the horizon so I'm going to quit while I am ahead and post this today.

Jimmy's Video Spot:
Dele.
My goal of the season: the movement; the control; the skill; the nonchalance including a fine Harry Kane assist and against Arsenal too.. What's not to like? Dele, Harry and Spurs at their best.