It only takes a Moment..or Two. 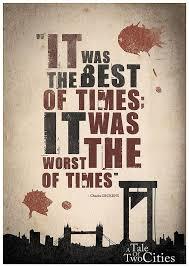 A Tale of Two Moments.
.
The JimmyG2 Column
.
The game hinged on two moments. The early, very early, substitution of Dier for 'want away' Eriksen and Dele's gitfted goal one minute into extra time in the first half. Both events changed the momentum and balance of power of the game.


Make no mistake Olympiacos were no mugs and played some tricky football and could have been 3-0 up by half time and out of sight. Aware of this Mourinho took firm action and spent half of his after match press conference apologising to Eric Dier.

No apologies necessary Jose but it was the kind of firm action we are not used to. First tactical change on 26 minutes is not in Mauricio's play book. Olympiakos tired and lost their grip as we improved.

In fact Son spurned an easy chance to set up Eriksen to make it five. Harry was alert and focussed and scored twice to beat Alessandro del Piero's record as the player to score 20 Champions League goals in the fewest games - 24, compared to the Italian's 26 games with Juventus.

Even the ball-boys attend tactical master- classes these days. Last time one delayed play and winked This time one leapt leapt into action and allowed Aurier and Moura to set up Harry for the crucial equaliser. Mourinho was delighted with him (the ball boy obviously)

As Jose said any one could have been subbed, Rose, Winks and Toby were all involved in conceding the goals. We looked nervy from the start including Gazzaniga and who could blame him. Jose's appeals for calm were not at first heeded but we settled eventually,

Dele's goal turned the game. Aurier, Sanchez, Moura and even Eriksen responded and played well. The real Dele is back with us and could make a real difference to our season.

Reservations are entered about Winks and Rose. Son and Toby are given a pass on this one.

But again as at West Ham we were erratic. Not even Mourinho could prevent a near collapse there, nor a mini implosion that threatened to derail our qualification prospects here. The best and worst of times and Spurs.
This new, humble, modest, relaxed, compassionate Jose Mourinho is a revelation and long may it continue as it seems to suit our attitude in the post Pochettino period.

'Where there is discord, let there be harmony' as Mrs T once said. (Wrongly attributed to St.Francis, but that's for the pedants) Olive branch for Mr. Eriksen.

In the last two winning performances he has advanced even his stellar reputation. But two games in is too soon to make sweeping judgements but the signs are all good.

So back in the top half and qualified for the next Champions' League stage after the upheaval but not too much time to catch our breath. Three games a week is tough on players and bloggers.

Next Up.
A Home game against Bournemouth on Saturday 30th. at 3.00 pm. Eminently winnable to take us further up the table. But don't start counting unhatched chickens people.

Jimmy's Video Spot.
Callum The Ball Boy with a 6yr. Spurs pedigree, more assists than Jesse Lingard apparently. What a day for the boy. Shame he missed out on the after match celebrations. He had to get home to revise for a Maths exam next day.

When things are going badly, there's a lot to debate, but three consecutive wins speak for themselves - Jose's magic, you know!

Cheshuntboy.
Clearly these results,3 consecutive wins are no coincidence.
But this is not the real Jose, must be his brother, but he'll do.Suits me to win 3-2 every game.

The players are smiling, and we fans are half-smiling, hoping the other shoe doesn't drop, too soon! COYS! From sunny but chilly LA!

Ashley Collie
Jose emulating Ossie Ardiles. 'Who cares as long as we score more than them''
Won't be long until the real Jose returns.
Perhaps the man upstairs has only got one leg.