No news is good news for Spurs 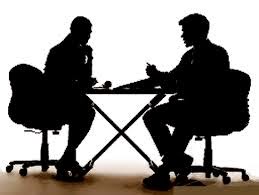 Firstly, are you or have you ever been an Argentinian?
Secondly, can you play football?
Actually scrub the second question. Welcome to Spurs.
.
The JimmyG2 Column.
.
No news is good news. So the good news is there ain't much news. We've sold Livermore to Hull for £6 million which is confirmed and good news in a way if you believe he would never have made it at Spurs  which in my heart of hearts I do.

Decent home grown boy, another O'Hara,, honest but in the final analysis not quite able to take us where we would like to be. With more game time both might have made it. But there's no time for might in these headlong days. It's now or never as the man said.

Dawson was another from the same stable of earnest endeavor whose been around the club for some time. He certainly rescued the Danish for us this season.  Circumstances gave him an extended run but I expect to hear of his departure any day.

With the Defoe money we seem to be accumulating a tidy left back and striker fund. But that's speculation not news friends. Some people especially journalists don't know the difference.

Here on Musings we prefer the facts ma'am, just the facts, despite our title.

But so far no major departures of signings have been announced. Although with the tardiness of the Official Site the whole squad might have already been flogged off and none of us would be any the wiser.

Livermore had been made a Freeman of the City of Hull and run for Mayor before the OS gave any confirmation of his sale. More a site of Archeological Interest than an up to the minute reporting agency.

I'm expecting to walk up the High St. and see a spanking new stadium glinting in the N21 sunshine before any official news leaks out. New Stadium, sunshine whatever are you on Jimmy?  Close season, time to dream.

At the World Cup I note that no Spurs players made the final cut for the England team so share none of the blame for Roy's Boys doing even worse than predicted. Which in the light of the pundit's predictions was quite difficult.

We gave hints of what might have been and could well be in the future against Italy once Gerrard and Rooney shuffle off this mortal footballing coil. Wayne managed a goal at last in his 10th World Cup appearance.

But we fell predictably to defensive lapses which that man Suarez exploited in some style. Roy will be kept on for the European Championship to blood the next generation and then be replaced by some famous foreigner.

Unless of course the papers bay at the moon for an Englishman again. Harry has already missed that bus and Hoddle doesn't have a  return ticket. Who else is there in the 'safe hands, reliable, boring, doomed experienced Hodgson mode?

All suggestions are welcome.

Elsewhere none of our lads bar Hugo have impressed. Paulinho carried on disappointingly where he left off at Spurs; most of our Belgian contingent were dropped for the second game. Tactical ? Not if you saw their first game. Hugo has more than a fair chance of lifting the silverware.

So there you have it: a cunning blend of Musings fact, opinion, hearsay, invention and downright nonsense to get us through to the pre-season apres Brazil football. By then there might be some real news to report, maybe not all good however.

We are being linked with anyone who knew, played with or for Poch or any man and one or two women who has a trace of  Argentinian blood in their veins. Such is life. If and when real news surfaces then we'll be back and probably even before.

Jimmy's Video Spot.
That's our boy. Can't catch or keep his shirt on either. Enjoy him while you can, he could be the first one out the door if he can find his shirt. Oh well another tidy sum for the left back, striker and centre half fund. 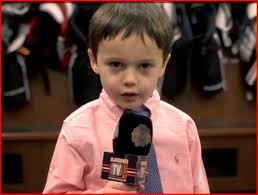 Another scoop for Musings cub reporter.
.
The Jimmy G2 Column.
.
We don't always take the credit for the odd occurrences that occur in the daily life of Spurs. But in this case we fully intend to blow the 'It woz the Musings wot done it' trumpet loud and clear.

Within seconds, well minutes, bordering on hours of our attempt to move the Levy mountain to the  Mohammet signing of Mauricio Pochinetto the deed was done. On reading our piece on 'Waiting for Levy' the man took the hint, swallowed the bait and signed the new manager.

Now don't get us wrong, Maurice was not necessarily our preferred candidate but the writing was on the wall some time ago. Available, cheap, probably more malleable than Benitez or Frank de Boer and in the 'interesting' category.

How will he do? Nobody knows. He did well at Southampton, though some think that with the squad he had he should have done better than eighth. But which of the seven teams above him should he have overtaken?

His brief was probably a top half finish which he comfortably achieved. Spurs have a better squad, a more star spangled history, and a greater level of expectation from fans and Levy alike. Win something and/or finish in the top four  most likely.

Can he do it? We think so but might need another year to fully bed in the previous signing, inspire Lamela and integrate the inevitable new, new signings. This will depend on who leaves but hopefully another striker, a centre half  and a left back.

Will he get the time?  Yes especially after last years sackings. Two in a year  Mr. Chairman you are really spoiling us. A little stability now would help settle the nerves. But I've said that before.

Some say we are not far off the average for new managers/ head coaches over time. You have to do a little creative accounting to achieve this. Discount Pleaty, twice, he was only a caretaker; ignore Tim Sherwood everyone knew he was temporary, end of season break clause or not.

Some fans crave change and the attendant excitement. ITK on new signings is avidly followed and rumours chased  until they drop dead like exhausted foxes  pursued by hounds. And don't bother explaining the anti hunting laws these are metaphorical animals.

This transfer window might just be different: most of the magnificent seven are likely to stay; Michael Dawson is keen too.; Brad has been given a new contract;  Mauricio has a five year stretch and appointed well before the World Cup fanfares and riots really begin.

It might just be a dull summer boys. Stability has broken out all over N.17. Football Journos throw themselves from the top of the Wembley Arch after receiving their P45's.  ITK's found in mass burial pit on site of Spurs new stadium. We live in hope.

This is Tottenham; it ain't gonna happen. Even now the Mail is suggesting that Soldado is to be used as makeweight in a £14 million Moreno deal. That's Alberto Moreno who is going to Liverpool. Something to do with the Champions' League I suppose.

Lazy journalists are busy putting 2 and 2 together and making 22. All manner of Argentinians are being linked with us. The latest is 34 yr.old Cambiasso to supplant the Brazilian International Sandro who is ten years younger. No mention of Messi so far. Don't look away just yet.

Pochettino has stated that Lamela and Lloris are going nowhere. Well not until Dan Levy says so anyway. But that won't stop the rumours. Seems to have a bit of an attitude that Pochinetto, which we like. Facing down the press and feigning lack of English was a good start.

I like the look and sound of the man, he has some good credentials on and off the pitch. Let's pray that his epitaph will be something positive about his achievements at Spurs and not that his foul on Michael Owen led to the penalty in a 1-0 defeat of Argentina.

Jimmy's Video spot:
We are wary of coaches that think they've still got it on the pitch even if it's a tennis court. But we like his commitment and enthusiasm. You should have let him win Mauricio. He would be much more likely to sign for us surely. Or is he cleverer than we think.