He's Thinking It Over. 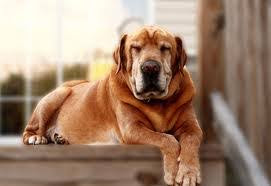 You can't teach an old dog new tricks.
Live with it.

The Jimmy G2 Column.
.
The garage is now neat and tidy with a floor you could eat off and holidays are completed leaving the whole family knackered and sunburned. What's not to like?

So we arrive at that magical moment in between seasons when something actually happens after much useless ITK; aimless speculation; pointless wondering and vague hopefulness.

Not all good or unexpected news though: Kyle Walker has left the Stadium, to City for in excess of £50 million. The worst kept secret since Mummy was seen kissing Santa Claus.

I always liked the boy, moments of misjudgement and all and predicted on Musings that he would make us some money eventually though not all that much by today's values.

He was a longstanding member of the team, the life and soul of the party and his going might just give others pause for thought. He's just had two good seasons and however you look at it Kieran Trippier he's not as good taken all round.

He has a different skill set to Kyle but you can´t teach pace and speed of recovery, nor crossing accuracy in Kyle's case unfortunately but I think we are at a dangerous moment as far as squad retention goes.

Some would say that if anybody is going better Kyle than any other first team regular. In the end it depends on what we do with the approaching 70/80 million. that's accumulating.

Though money doesn't seem to burn holes in Daniel's pockets as it does with Mrs Jimmy G2. I'm a dead man in the unlikely event that she ever  reads this blog.

You can't keep a player that doesn't want to play for whatever reason and Mauricio will hold firm on that. Two or three promising youngster to blood would suit me and the integration of established old youngsters too.

I wouldn't protest too much if we spent some of it, but not most, on Barkley. He's young enough and has enough talent for Pochettino to hone. Sessingnon would be my preferred incomer, new contract at Fulham or not.

Barkley hasn't gone on Everton's pre-season tour and only has one year left on his contract but DL won't be interested at 50 million. So he's listening to his favourite song by Banks 'The Waiting Game' the key line of which is 'I'm Thinking it over'.

If he runs to form he will leave it to the last minute and run the risk of losing him but you can't teach an old dog new tricks so they say.

Once again we've been linked to roughly several hundred players young and old worldwide and one or two dead or retired which is why we at Musings don't bother with transfer rumours or alleged ITK.

We must keep the rest of the squad which is on an upward trend and will improve as they play together for another season under the best manager over the last two season in the Premiership. Keeping him  is crucial too.

The boys are returning to training in dribs and drabs including Lamela and one or two youngsters have been added to the US tour Party. N'jie and Fazio have gone to pastures new.

Trippier signing a new 5yr. deal is the hottest actual news I can offer you. Pretty predictable after the transfer of Kyle.

Theresa is still in office but not in power as she quells daily Ministerial mutinies. No such problems at Spurs where all is under firm control. Mutiny? I dare ya.

I will post again when the USA trip starts with some real football news, good news hopefully. In the meantime get that garage cleaned up, and stock up on factor 30. Otherwise now' t much happening really.

Welcome to City! The (only) One that Got Away (so far). Bold, strong, quick, 8 years a Spur, 183 appearances and 4 goals. Personally I wish him well anyway.

5 minutes of positivity but this video is not the whole story and I hope that City get some of the other side. But this is a tribute after all.

Posted by a Real Madrid supporter and what do they know.