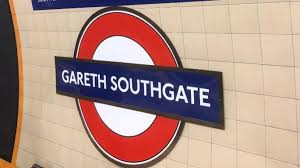 Next up Harry Kanesington.
.
The JimmyG2 Column.
.
Well hello there. Welcome back. With so many players at the World Cup it's as if the season never ended. Nine (edit) Spurs players in the semis; winning captain Hugo Lloris and Harry securing the Golden Boot.

The boast of 'The Windmill' a strip joint in London during the war was that 'we never closed'. Seems like the same for football this year especially for Spurs fans.

I always think 'The Windmill' missed a trick there and should have added or substituted  ' clothed'. That was in the days when naked 'artistes' were not allowed to move.

England did better than expected; Gareth is due a knighthood; Trippier was arguably England's best player, Harry, Danny and Dele were below par and probably all only semi-fit but Dier had a good half at the end.

If Modric had changed sides we would probably have won the semi. and was my vote for best player of the tournament. Ex-Spurs certainly but that isn't clouding my judgement: just telling it like it is.

A temporary accolade echoed in France and Belgium. In Paris the Metro station Victor Hugo had Lloris added and in Brussels 'Arts Loi was changed to Hazarts-Loi

The best team with a bevy of brilliant players probably won though both  their opening goals in the final were controversial. Greizman dived for the free kick which he took which led to the own goal opener.

Advertisement
From Around the Web
Promoted content by Outbrain
VAR was inevitably involved in the penalty decision and Greizman stepped up to convert. I've seen them not given. Along with Hazard another rival to Modric for the Ballon D'or.

A respectful, fitting response at Birmingham Airport, modest for a modest manager, a modest outcome though better than expected and a team without Super Stars, bar Harry Kane.

This young team and Manager will mature and improve and could be a real force in the Euros and the next World Cup. Defensively we are sorted Pickford, Maguire, Stones and Trippier all played well.

In attack apart from Sterling who was 'disappointing' we have some young lively, pacy contenders to supply HK but the midfield on the whole is not up to scratch.

Dier and or Henderson need a creative midfielder somewhere in the mix. Harry Winks who last year looked set to supply some brainpower may take some time to get back to peak performance and may not be good enough anyway.

No English player made the fans Tournament Team selection which is probably right though Trippier must have came close.

No exciting additions at Tottenham yet but no rats on the gang-plank either. Mainly because the ship isn't actually sinking. The usual rag-bag of ITK and media possibles, and impossibles who are currently cluttering their agents 'to do' list appear.

I expect Moutinho to surface any day now. The Gareth Bale to Spurs ship has been re-launched and promptly sunk at the end of the slip-way. Salvage operations are under way as we speak.

Did Harry deserve the Golden Boot? That's a bit of a non question. History will record only that he won it not whether he deserved it. Even without the fluked ricochet from a shot by Loftus-Cheek he still would have won.

And scoring penalties under pressure is no easy task. Just ask Modric, Messi, Ronaldo, Henderson or Man of the Moment Gareth Southgate himself if you think it's easy. Of course he deserved it.

So are these performances a game-changer as well as a name-changer for England? If we can find a midfield creative in the style of Modric and Eriksen it could be. But where England are concerned bet responsibly.

Overwhelmed by:
Trippier, Pickford and Maguire.

Underwhelmed by:
All the rest, especially Sterling.

Jimmy's Video spot.
So here's Harry and his prizewinning sextet equaling Gary Lineker's best effort and only the second England player to scoop the Golden Boot jackpot. If he'd been on form, fully fit and better supplied just imagine!